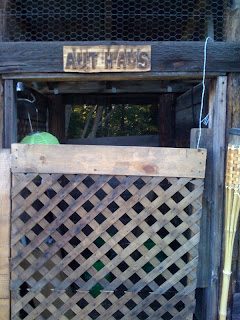 The door to our humble commode…

Inside lies the great composter experiment… 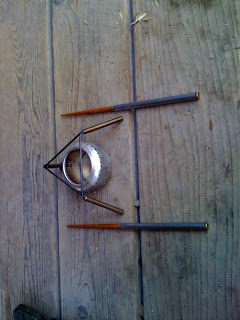 A small can stove cookset 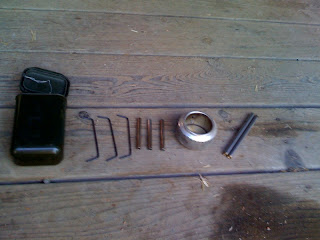 I’ve wanted to share this for quite sometime. This is my little
daypack cookset. Used with a wide top enamelite or sierra cup, this is
great for small meals, or reconstituting freeze dried meals.

The carrying case is from an old M-17 gas mask decon kit.

The stove is your basic tin can stove.

The stand is a bit of engenuity provided by my favorite mad scientist,
EDC.

The utensils are a set of collapsing titanium chop sticks, a birthday
gift from the same brother. 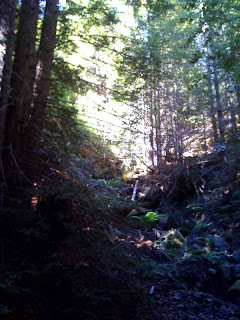 Had a great hike with the wife today, went about three miles down big
river road, saw the old homestead and hunting camps, and a made it a
little less than half way to the river. I really love it out here,
just wish more of my old friends were here to share it.

Thats right. Over a year since the last update, the well went in as planned, solar went in a few weeks ago, I’m married, and living full time on the land, scrambling like mad to get the cabin done by winter. But I am back and blogging by Iphone, so should see alot more activity, even if the posts wind up being much shorter.

Missed you all.
-BP